This past weekend, my husband I inherited this Grandfather Clock from my Aunt. It was originally my Grandmother’s, and my mom says she remembers when she was little and hearing the chimes ringing throughout the night (in a good way). The clock is about 66 years old. It looks like it’s brand new.

It also still works. We got it to chime at 8pm the other night.

We still haven’t gotten it to continuously keep time – the pendulum eventually stops swinging. According to the manual that was still tucked inside the door of the clock, its trial and error – you just have to keep adjusting the pendulum until it works. Ain’t nobody got time for that.

But at some point, somebody did. 66 years ago, when this clock and others like it were brand new, somebody bought it, read the manual, and set it, trying over and over to get the screw on the pendulum adjusted exactly right so it would keep time. I tried three times. And decided I’d rather pay someone money to come out and set it rather than sit there and adjust the darn thing myself.

Had I been a single lady when I inherited this clock, I also would not have dusted the chimes and reattached them after stringing them with new strings, attached the weights (in proper order from heaviest to lightest), or even bothered to figure out the part of the pendulum and the screw at all. All these acts were meticulously performed by my husband. I did sit and read the manual so we could figure out how to set the time without breaking it. But honestly, I think I only did that because he was doing all these things and I felt like I needed to contribute.

I’m not sure what it is, but technical details such as these do not interest me. I love the clock. I love how it looks. I love how it sounds. I cannot pretend to care how it works or even want to learn. Is it because I’m lazy? I started to wonder.

When I have to figure something out, I can and I will. I know deep down inside that I could have set the time, and the chimes and the weights and even the pendulum if i keep trying. But I just don’t want to. I don’t want to know how things work sometimes. I just want them TO work. And to be beautiful and bright and perform with precision and grace.

I don’t think I would have given my lack of desire to study the inner workings of the clock any thought had I not recently also started reading this book: 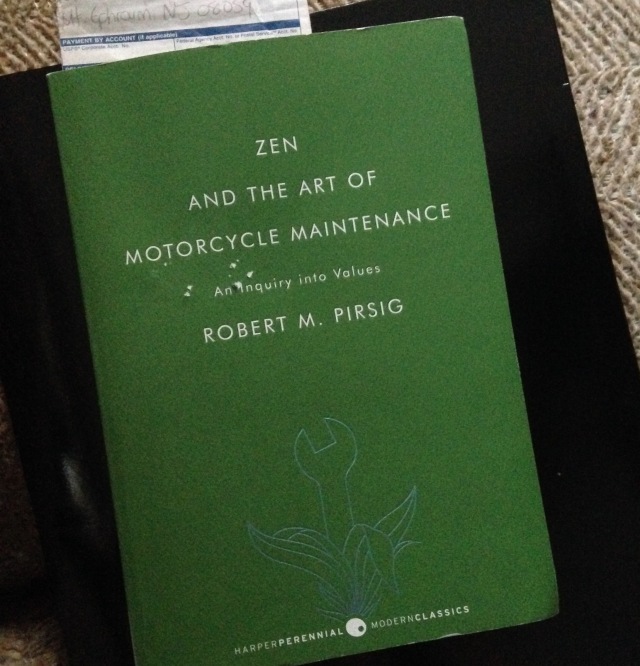 One of those books that changes how you think.

I’m not finished it yet, but I am intrigued by his idea of Romantic understanding vs. Classical understanding:

I am definitely from the romantic school of understanding. I don’t think it’s because I was born that way or have something in my brain that makes me that way. No, I believe I chose to be that way. I remember taking the SATs in high school, and scoring higher on the math section then on the verbal section (this was back when there were only two sections). I considered myself and arts person, not a math person. I was angry that I scored higher on math. Math was boring. I did not want to be associated with it in anyway. So I chose not to be.

What I didn’t realize until reading this book and seeing the Grandfather Clock, is that math is just as beautiful as Art. And just as creative. I should have realized this when I was in pastry school. It was not the finished look of the dessert that most interested me – it was what made it happen: what reacted with what and in what amount to create that perfect chemical reaction of a dessert. I love baking because I LOVE chemistry.I always have. And I’m not ashamed to admit it anymore.

I’m not the best cake decorator. I’m not neatest pastry chef. I am, however, pretty darn good at creating new and delicious desserts.

And I WILL get that pendulum to swing again – I promise. But first, I have this great idea for a pink lemonade cake that I need to try out. 🙂